My frustrations lie in where I am right now, and in the recovery from all the stupid decisions I've made. This marketing sales piece of literary is in alignment with a misunderstanding of managing money and making it. One of the more frustrating things about this intellect I possess, and the blessings I'm afforded in this life lays in the pool I seem to be dog paddling in relentlessly.

To speak and be disregarded and ignored is troublesome, but it doesn't hit me as hard as it used to. I reached this conclusion; to bother and crumble because of isn't living, it's succumbing because of insecurity. Most nerds/intellects/weirdos/outcasts who were picked on throughout high school go on to become the Steve Jobs, the Mark Zukerburgs,  the Bill Gates' etc...

Being cool really is a state of mind, and to thine own-self be true.

I network with and work around many now. The popular folk usually have their athletic abilities or their physical appearances, but in life only a small few are successful because of those attributes. My heroes have always been the underdogs because they go against the grain and reach insurmountable heights in life.

Allow me, All Mighty, to stay strong in this fight for individuality, and give me the courage to exceed beyond my wildest expectations. Where I've been is foreign contrast to where I'll go. Orlando next week, Australia next year. If we learn anything in life worth anything, it's to evolve in spite of naysayers and thrive in the light of faith.

Be courageous and innovative, for the only thing that belongs in a box is a nice pair of shoes. ~GD 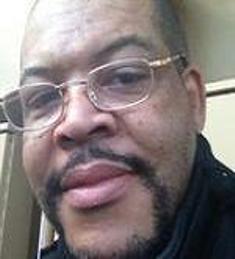 Author G. D. Grace reserves all rights and reproduction without written permission is not permitted. If found, legal action will be taken against the person(s) or company(s) that have cut or pasted (Plagiarized) any portion of this written document. Author, G. D. Grace; Published © 2012 November

Darien, Singer/Songwriter/Producer on "A Touch of Grace" 05/29 by A Touch of Grace | Blog Talk Radio
Posted by Author G D Grace at 11:35 AM No comments:

Stage 32 - Complications Ensue
Posted by Author G D Grace at 3:24 AM No comments: 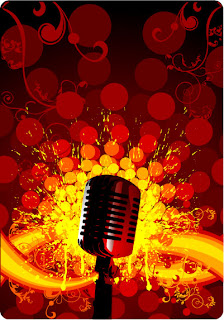 The Return of Author G D Grace’s Blog Talk Radio Show “A Touch of Grace” Summer of 2012.  Much has transpired in my life since the last show on September 2, 2011.  Currently, I am deep off into finishing up my sixth literary project entitled, “Daddy”.  This particular book has required more focus and determination than the first five because it was necessary for me to return to the demands of a nine to five, but where there is a will there is a way.

In the Spring of 2011 I led a gypsy-like existence, living from place to place, and commuting almost two-hours one way sometimes, but in that time I wrote the short story, “July’s Independence”, that was featured in the 2011 July edition of Tiffany Lewis’ “Thematic” Magazine.

By the time Fall of 2011 arrived I was blessed with a new gig that offered me an opportunity that I would have been a fool to turn down.  Needless to say one thing remained constant throughout the days and nights — my writing.  In addition to “Daddy,” I started working on the novels, “Red,” “ICON,”, & “Rise”, and even piddled around with a fourth installment of my well received series, “Ripped & Ready”.  Desire is one thing and reality is another.  In order to keep a roof over my head there has to be income, so writing and employment are a mainstay in my life currently.

I could go into detail about my decision to put “A Touch of Grace” in an indefinite state of hiatus, but a true professional keeps those private tales to himself — at least for now.  So, that said, I had to draw a circle in the sand and communicate my plans for the show.  Yes, “A Touch of Grace,” will return.  I have several new ideas for it, and they involve seeking the help from a couple of trusted peers to help run the show.  This expansion idea from the normal format has been on my mind for quite some time.  The benefits of a partnership far outweigh those of an independent operation to me, so those individuals will be receiving proposal letters from me.

There are also a couple of authors that I owe interviews to and they will be amongst the first to be interviewed, and in addition to the literary arena, I will continue my exploration beyond the parameters of word into the music world. The lovely, Mary Edwards, was my first musical guest ever, and she currently has a new CD being released, so I’ll be bringing her back to “A Touch of Grace,” but there are several others that I’ve been networking with over the past year who I will be bringing on.

This time around, “A Touch of Grace,” will be bigger and better.  Life really does get better when you participate in it.

In the meantime, keep writing, singing, and following your passion, because life is really too short not to,
All the best, 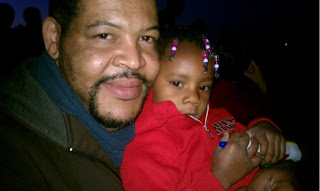 (If you’re interested in being a guest on the show, please submit your bio to
EMAIL: Detria0918@sbcglobal.net )


“A Touch of Grace” Blog Talk Radio Show:
http://www.blogtalkradio.com/author2beepa
CALL IN NUMBER TO SHOW: (347) 215-6245
(Psalms 30:5)
Author G. D. Grace reserves all rights and reproduction without written permission is not permitted.  If found, legal action will be taken against the person(s) or company(s) that have cut or pasted (Plagiarized) any portion of this written document.  Author, G. D. Grace; Published © 2012 April

Posted by Author G D Grace at 5:28 PM No comments:

THOUGHT PROVOKING PERSPECTIVES: "We Shall Over Come

"We Shall Over Come"
This post dedicated to the life and memory of the “THE KING”! Today marks the forty-forth year since that day that will live in infamy – the cruel and wanton act that killed Dr. Martin Luther King - the victim of an assassination.

I Have Only Myself To Blame (reflections of a writer) GD

A deep longing can really alter perception and wound the spirit.  Over the years I have learned a great deal about myself and know that I have the tendency to wear my heart on my sleeve — and it’s out in view far too often.

Susceptible to roving eyes that are interested in seizing an opportunity to benefit either emotionally or monetarily, we wander into situations out of curiosity in search of whatever it is that is missing within ourselves, trying to fill that void in our lives.

What I had to grasp onto, eventually, is that sometimes we allow ourselves to be in the role of “victim”, and we wallow around in self-pity, immersing ourselves in despair and cluttering our spirits with the aftermath of heartbreak, but our depression really is self-inflicted.

If we let our hearts lead us during every encounter then we are really setting ourselves up to be disappointed, however, if we lead with an understanding that is fueled with courage and strength, then we walk into these situations fully equipped and prepared for any outcome.

When I learned to confidently say, “I have only myself to blame,” that’s when I gained full control of what I call, my life.

(reflections of a writer)

Author G. D. Grace reserves all rights and reproduction without written permission is not permitted.  If found, legal action will be taken against the person(s) or company(s) that have cut or pasted (Plagiarized) any portion of this written document.  Author, G. D. Grace; Published © 2011 November
Posted by Author G D Grace at 6:26 PM No comments:

There are certain transitions that really hit me hard, man, and yours was one of them.
So full of life were you.

I remember you in Janet Jackson's "Alright" video, and in the late Michael Jackson's "Jam" video.
I really  love what MC Hammer said, when he said "...you were what is good about life...", and a truth like that is undeniable.

Today, I realized that we were born on the same day (you a few years after me -- lol).  So, you have transitioned to the other side.

Well, for the music, for the joy, for the smiles, for the laughter, I thank you, and send my prayers and condolences out to your friends, family, and fans all around the world.

Author G D Grace
G. D. Grace stumbled on his literary gift during a brief stint at USF College in San Francisco, California, where he was enrolled and majoring in Organizational Behavior, back in the mid 1980’s. An English Professor who graded one of his research papers advised him that he had a marvelous “Syntax” (A gift for putting words together – he said that Glenn wrote the way one should write, as opposed to writing the way we talk). Because of the demands being placed on him at his full time job at a Fortune 500 company and the lengthy commute associated with it, he abandoned his college studies to re-balance his life, but he continued writing; songs at first, then poems, and then in the early 1990’s he wrote a journal that eventually led to the very first drafts of Knights of Deception, but that’s as far as he got with his writing at that point. It wasn’t until he took a buy out from his twenty-six year employer, did he resume writing again, but this time he refused to stop until he had a finished novel. With his new found freedom away from corporate life, he managed to get both his depression and substance abuse in remission, and the end result was a successful dive into self-publishing.